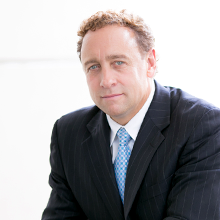 Principal of the Atlas Law Group, Howard J. Atlas has dedicated his entire career to protecting the rights and assets of seniors and their families. From earning his law degree in 1986 from Albany Law School of Union University and becoming one of only 500 attorneys in the United States to be certified in Elder Law by the National Elder Law Foundation in 1997, Howard has earned respect, both locally and nationally, as an authority in Elder Law. He has been interviewed in a number of mainstream publications, including Forbes, USA Today, Newsday, Money Magazine, and the Journal for the American Bar Association.  Howard has appeared on CNBC and News 12 Long Island and has the honor of being selected to be featured in a documentary on Elder Law in the Public Television Series, In America with James Earl Jones.

Howard was named a 2019 “Super Lawyer” for the ninth consecutive year. This is an exclusive list consisting of only five percent of all attorneys in the New York metropolitan area. Howard has also received AV Preeminent Accreditation from Martindale-Hubbell. This prestigious rating signifies a consensus amongst Howard’s peers that his work ranks at the highest level of professional excellence for his legal knowledge, communication skills, and ethical standards. Howard was recently selected to NAELA’s Council of Advanced Practitioners which represents the pinnacle of achievement that Elder Law and Special Needs Attorneys strive to attain.

Throughout his career, Howard has helped shape the future of Elder Law. His professional achievements in this area include the distinguished honor of being selected as a Fellow of NAELA in 1998—an accolade offered to only 90 attorneys in the country. Howard was also selected as Secretary and Vice President of NAELA while serving on the Board of Directors from 1994-2000. He is a past chair of the NAELA Advanced Elder Law Institute and he co-chaired the task force that wrote NAELA’s White Paper, “Reforming the Delivery, Accessibility, and Financing of Long-Term Care in the United States.”

When not practicing law, Howard enjoys spending time with his wife, Deena, and their three children, Derek, Dusten, and Dawsen. His favorite pastimes include coaching his sons’ little league baseball and youth football teams, weight training, gardening, reading a good novel, and listening to great music—from Sinatra to Springsteen.

“I pride myself on always being immediately available to assist my clients at the time of a crisis. Making a difference in their lives is truly a blessing.”